We’re Here Illegally & Had Kids Here.
Are They Citizens? 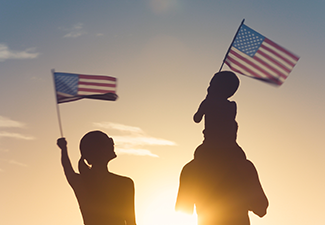 If your child was born in the United States when you were in the country illegally, you might wonder, “Are children born in the U.S. citizens?” Another thing you may wonder is whether you, as a parent, can gain legal status through your U.S. citizen child.

Obtaining a green card through children born in the U.S. to illegal parents is one of the most complicated aspects of immigration law. If you and your spouse or partner entered the U.S. illegally and had children here, you must discuss your situation with an experienced immigration law attorney.

At Corbaci Law, P.C., we provide confidential and informed advice to immigrants seeking to become lawful permanent residents or U.S. citizens. From our offices in Marlborough and Woburn, Massachusetts, our compassionate and results-driven attorney provides immigration services throughout the Commonwealth of Massachusetts, including Boston and Framingham.

Are Children Born in the U.S. Citizens?

Under the “birthright citizenship” rule, any child born in the United States or any of its territories is automatically considered a citizen of the U.S. The right to receive American citizenship by birth is protected by the U.S. Constitution (the 14th Amendment).

The birthright citizenship rule applies to any parent regardless of the circumstances of childbirth or the parent’s immigration status. The only exception to the “birthright citizenship” rule is when children are born to foreign diplomatic officers or government officials from foreign countries.

What if Their Parents Are in the Country Illegally?

Children of illegal immigrants who are born in the United States automatically receive American citizenship upon birth despite the fact that their parents are in the country illegally. The 14th Amendment to the U.S. Constitution does not consider the parents’ immigration status at the time of birth.

Thus, even if you are an undocumented immigrant who entered and remained in the country illegally, your children would still be considered U.S. citizens if they were born in the United States or any of its territories.

If My Child Is a Citizen, Can They Help Their Illegal Parents Immigrate?

Having U.S. citizen children can provide a pathway to citizenship to help illegal parents immigrate. However, it is not that simple. Under U.S. immigration law, the parents of American citizens are considered “immediate relatives.” However, the law also provides that U.S. citizens cannot petition for their illegal parents to immigrate until they reach the age of 21.

The age requirement is often the biggest obstacle illegal parents face when trying to gain legal status through their U.S. citizen children. Thus, while it is not against the law to have a child on American soil if you are in the country illegally, doing so for the purpose of receiving a green card will not bring immediate results, not to mention that there is no guarantee that you or your kids would be allowed to stay in the country for so long.

Can You Avoid Deportation if You Have U.S.
Citizen Kids?

Since your children receive American citizenship upon birth in the United States, does it mean that you – as their parent – can avoid deportation if you are staying in the country illegally? Unfortunately, having children with U.S. citizenship is no guarantee that you will not get deported.

However, you may be allowed to remain in the country thanks to what is known as “deferred action.” Deferred action is a form of prosecutorial discretion that defers deportations of certain undocumented immigrants for a certain period.

In other words, the U.S. Immigration and Customs Enforcement can exercise prosecutorial discretion to stop working on a particular deportation case. Instead, the U.S. government prioritizes removing illegal immigrants with criminal records or who threaten public safety.

Work With an Experienced Immigration Attorney

If you have children who were born in the United States or are considering giving birth on American soil, it is essential to discuss your unique case with a knowledgeable immigration attorney at Corbaci Law, P.C. for advice. Our immigration law attorney in Woburn, Massachusetts, can help you understand your options for obtaining a green card or otherwise gaining legal status through U.S. citizen children. Schedule a confidential case evaluation by reaching out to our office today.