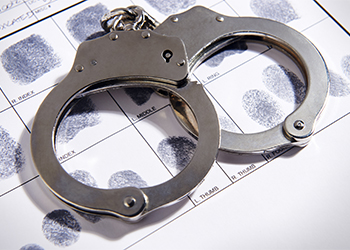 If you or a relative has been denied a visa or application for permanent resident status for any reason, such as fraud, criminal history, or unlawful presence, you may be eligible for a waiver.

Consular and embassy officials in foreign countries have the right to deny visa applications based on those reasons. In addition, even if a foreign national obtains a visa, upon reaching the United States, U.S. Customs and Border Protection agents can block an immigrant’s entry for the same reasons if new evidence is found. In other words, there are two checkpoints that must be crossed.

Once legally inside the U.S., a foreign national can be barred from obtaining lawful permanent resident (LPR) status (receiving a green card) for the same reasons, including having overstayed the visa requirements and thus being in the country illegally.

If you or a family member in or around Woburn, Massachusetts, or in Boston, Framingham, or Marlborough, is facing an inadmissibility issue or being denied a visa, contact Corbaci Law, P.C. today. We can work with you on seeking a waiver for the particular issue causing the problem.

When applying for a visa overseas, many people rely on notaries who may offer false hope and charge thousands of dollars, only to misrepresent the facts or create fraud on a visa application. As a result, the applicant will likely be turned down.

A qualifying relative includes a U.S. parent or spouse; a lawful permanent resident (LPR) parent or spouse; or a U.S. citizen fiancé(e) petitioner (for a K-1 or K-2 visa only). It does not include citizens or LPR children.

Personal hardship falls under the Violence Against Women Act (VAWA), which covers all genders who experience abuse at home. VAWA allows for what is called “self-petitioning” without the need to have a qualifying relative living in the U.S.

If you can establish extreme hardship based on qualifying relatives or VAWA, the consular officer or immigration agent is allowed to grant a waiver as a “matter of discretion.”

The same process applies if you’re already in the U.S. and your LPR application has been declined because of fraud or misrepresentation.

If you or a relative has stayed in the U.S. beyond the limits of the visa, there is a process for obtaining a waiver. Once someone stays 180 days past the date given on their visa, that person becomes inadmissible into the U.S. and is barred from reentering the U.S. for a period of three years. This bar increases to ten years after accruing one year of unlawful presence.

A person who is subject to the three- or ten-year bar due to their unlawful presence in the United States can apply for a waiver, but they then must depart the United States and have an immigrant visa approved by a U.S. Embassy or U.S. Consulate abroad.

According to U.S. law, there are three types of criminal convictions, whether the crime occurred here or abroad, that can make it impossible to get a green card. These are:

Aggravated felonies include murder, sexual abuse of a minor, and even filing a false tax return. Moral turpitude is not really defined, but it generally refers to any crime committed with “evil intent,” including animal abuse, rape, and even fighting.

Here again, a “waiver of inadmissibility” is sometimes available based on extreme hardship. You must also be able to show that your admission to the U.S. would not endanger anyone.

How an Immigration Attorney Can Help

Navigating the immigration system can be complex and challenging, and unless you understand all the nuances of the law, it can be a frustrating – and oftentimes futile – process. That’s why it’s important to enlist the aid of experienced immigration attorneys who know the law and the procedures needed to reach your goals.

If you or a relative needs a waiver to enter or remain in the U.S., and you’re anywhere in the greater Boston, Framingham, Marlborough, or Woburn, Massachusetts areas, contact Corbaci Law, P.C. immediately. Our attorneys have helped hundreds of others just like you in similar situations, and we stand ready to help you, too.