Due to COVID-19, we are offering virtual appointments by video call. Please contact us over the phone or online to schedule now.

Turn to Our Knowledgeable Team

Help for Your Immigration Issues 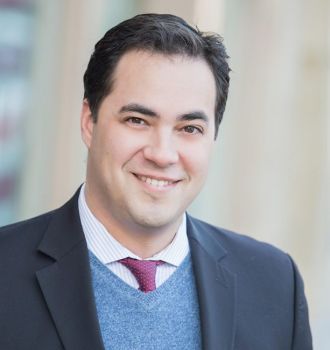 Tiago supports the attorneys at Corbaci Law, P.C. in preparing client’s cases for submission before the Courts and other immigration agencies. He speaks native Portuguese and is fluent in Spanish.

Tiago studied at the traditional University of Sao Paulo School of Law in Brazil, where he received his law degree shortly before moving to the United States with his wife. Concurrently with law school, Tiago also did extensive coursework in philosophy at the State University of Campinas. He has since worked in different industries, returning to school at the University of California at Davis, where he received a paralegal studies certificate. After relocating to Boston, MA in 2015, Tiago started working with immigration law. He has worked at Corbaci Law, P.C. as a paralegal since March 2017.

Tiago’s personal interests are philosophy, literature, music, classical guitar, and high-end audio. He lives in Malden, MA with his wife, Alline, their son Benjamin and their cat, Holly.